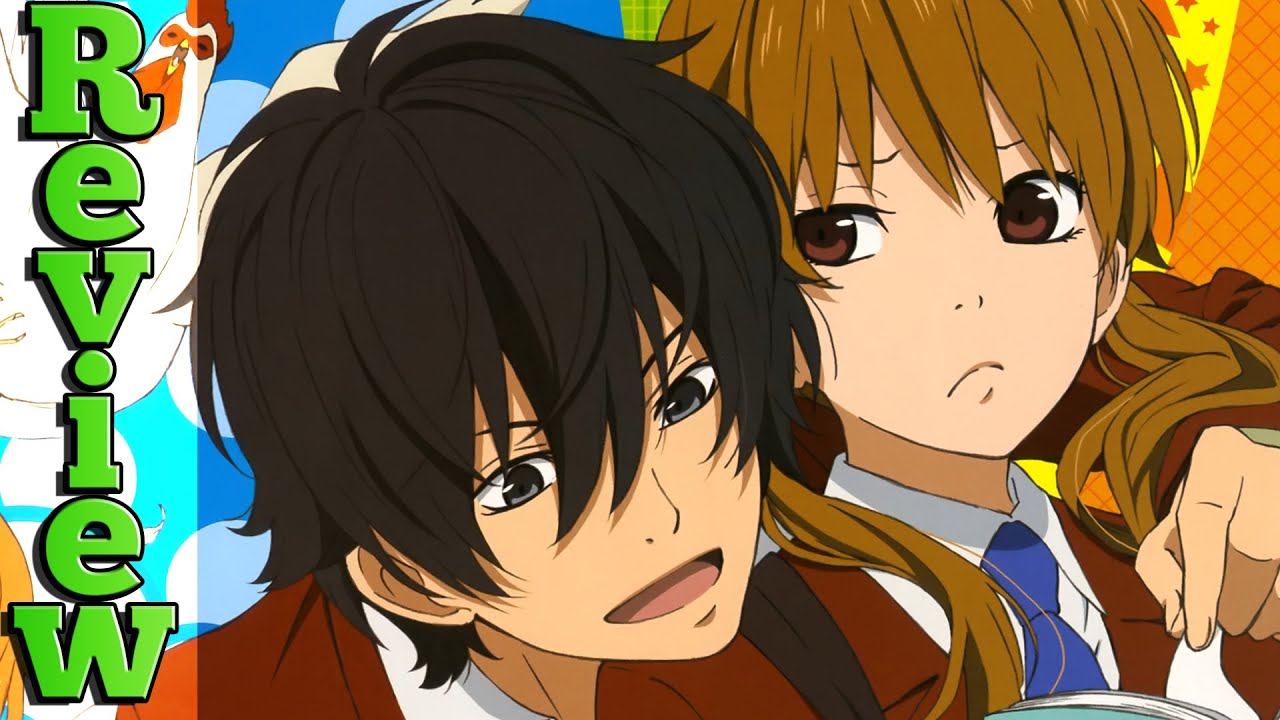 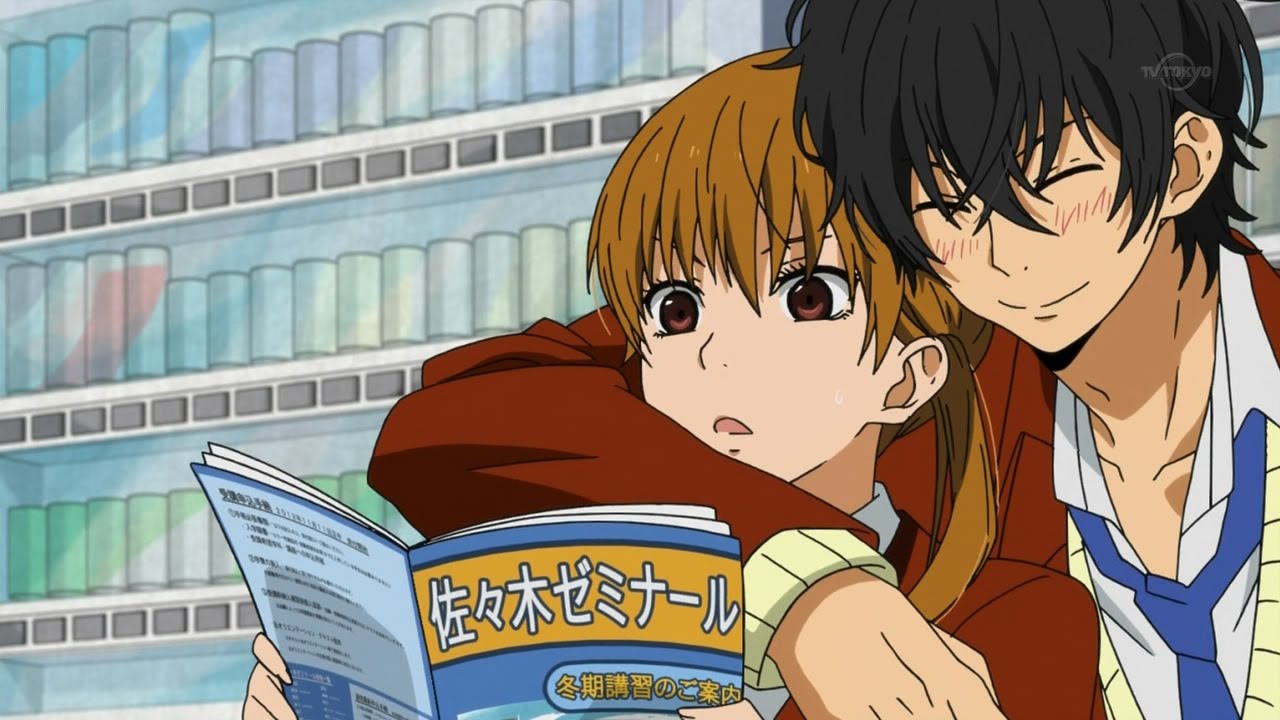 July 29, [16]. Haru and Shizuku have a somewhat uncomfortable study date as they sort their feelings for each other.

Haru confides with class rep Oshima, but Asako tells him to confess to Shizuku that he likes her, which he does. Later, Shizuku is bothered by Haru's attempts to touch her or be close to her.

They are called by their class to try to secure a good location for their festival booth. Shizuku finds that Yamaken attends the same cram school as her.

The day of the festival, Yamaken's friends visit Haru at the haunted house. Yamaken finds Shizuku on a break, but when Haru sees them together, he tries to slug Yamaken but accidentally hits Shizuku, after which Shizuku tells Haru to stay away from her.

Shizuku is puzzled as to why she can't cut Haru off, at which Asako and then Yamaken offer their advice. Haru confides with Oshima, asking what she would do if he told her he liked her.

Mitchan consoles Asako who thinks Shizuku doesn't want to be her friend anymore. Eventually, Shizuku and Haru are able to mend their relationships with each other and their friends.

February 12, [17]. September 16, [18]. Haru tries to advance his relationship with Shizuku by offering to catch a fish when Shizuku mentions that she once had thoughts of keeping one.

At the library, Shizuku thanks Yamaken for his earlier advice, but Yamaken starts wondering if he's unintentionally developing feelings for Shizuku.

Asako tries to hide from some girls but when Mitchan arrives to save her, she starts to act nervous and shy around him later.

When Haru asks Yamaken if he has a crush on Shizuku, Yamaken asks if he would have a problem with that, which makes Haru jealous.

At Asako's Christmas party, he learns Yamaken and Shizuku are taking winter cram school classes together. Asako becomes lonely during New Year's that she hangs out with Shizuku and Haru.

They go to temple for New Year's where they see everyone. When Mitchan gives her some more words of comfort, she replies vaguely that she would like to be in a relationship with Mitchan.

After mistaking more of Mitchan's friendly gestures as romantic, Asako confesses her love to Mitchan, but when he turns her down, Asako resolves to work harder.

Haru surprises Shizuku by saying he wants to kiss, but then leaves. Mitchan, Yuzan and Haru visit Mitchan's mother's gravesite, where Haru is reminded of her relationship advice.

Yamaken, who was lost in town again, spends the afternoon with Shizuku, who later decides that she should do something with Haru's interests in mind.

With Yamaken's friend providing accommodations, the gang go a ski resort, along with Chizuru and Yu. Sasayan suggests Haru restrain himself from barging in on a private conversation between Shizuku and Yamaken.

December 13, [21]. January 20, [22]. Sasayan invites Haru to join his friends for the day. After each of them talks with Haru and Mitchan, the two reconcile.

Yu tells Chizuru to be honest with herself, and Chizuru eventually tells Shizuku that she made chocolate for Haru. On Valentine's, Haru asks Chizuru advice for what birthday gift to give to Shizuku and they go shopping.

Chizuru gives Haru the chocolate and wishes him good luck. Shizuku starts to feel jealous that Chizuru likes Haru, but is sad that her mother is unable to come back from work to attend her birthday.

Sasayan finds Asako sulking a bit after she gave her chocolate to Mitchan. Haru visits and celebrates with Shizuku's family, and afterwards encourages her to call her mom.

Shizuku kisses Haru and tells him she loves him. May 13, [23]. March 17, [24]. Shizuku's mom tells Shizuku to put in extra effort on both the relationship and her studies.

Chizuru asks Haru for a reply to her confession, but Haru runs away, realizing that she likes him. Asako, who was planning to meet with Shizuku to study for her make-up finals, meets Mitchan who formally rejects her confession.

Haru gets upset, and he and Mitchan fight. Haru then formally turns down Chizuru. Shizuku comforts Asako. With Haru out visiting his family, Yamaken spends the day with Shizuku and tries to get her to get a cell phone.

At the start of the second school year, Shizuku and Haru are placed in separate classes. Haru and Chizuru agree to go back to being friends.

Asako befriends Iyo , a beautiful and shy first-year student, but discovers she is Yamaken's younger sister, and that she has developed a crush on Haru.

After more prodding by the jealous Haru, Yamaken formally confesses to Shizuku, who is shocked as she had always thought of him as a friend.

Haru later confesses to Shizuku and they officially become a couple. Iyo invites the gang to camping with her but the site is also being used by her brother.

March 13, [27]. July 21, [28]. Shizuku and the gang continue their summer camping trip where Shizuku and Haru go into town to do a stamp rally event.

Shizuku ponders how they are perceived as a couple, while Haru and Yamaken try to avoid Yuzan and Ando who are in the area. Later, the gang and Shiuzku's little brother go to a summer festival.

After Asako musters the courage to give a souvenir to Mitchan, she is surprised when Sasayan holds her hand when he comforts her, and things get awkward between the two.

But when they reconcile and become friends again, Sasayan casually mentions that he likes her. Shizuku learns that Haru wants to choose a non-academic career and that he has some family history that he doesn't want Shizuku to dig into.

August 10, [29]. September 8, [30]. Haru and Yuzan's father wants Yuzan to organize his own birthday party. Yuzan meets Shizuku and they talk about Haru's future while he thinks about his and Haru's past.

At the school festival, Yuzan invites Haru to his party. Haru agrees on the condition that they don't bug him anymore.

At the party, Shizuku feels uncomfortable that she doesn't belong in Haru and Yuzan's social circles and questions why she is even in the relationship when she and Haru are not alike and that Haru does not understand how she feels.

But when she confronts Haru about it, Yuzan replies "You, Yuzan, this party, everyone can go to hell. The bonus chapter covers Haru and Yamaken's childhood when they were classmates in elementary school around second grade.

She learns of the story of Haru and Yuzan's moon rocks, and discovers he is going to move out and work on the science internship.

Shizuku and the others go through their third year without Haru. They graduate and share their plans for colleges and schools.

The school teachers give Shizuku Haru's stuff that they have collected over the years. She visits Mitchan's, and soon discovers Haru has returned.

Haru says he may join that fishing expedition for a year and continue at the science internship. Three-and-a-half years later, Shizuku has passed her bar exam and is starting a legal apprenticeship, when Haru casually proposes marriage to her. 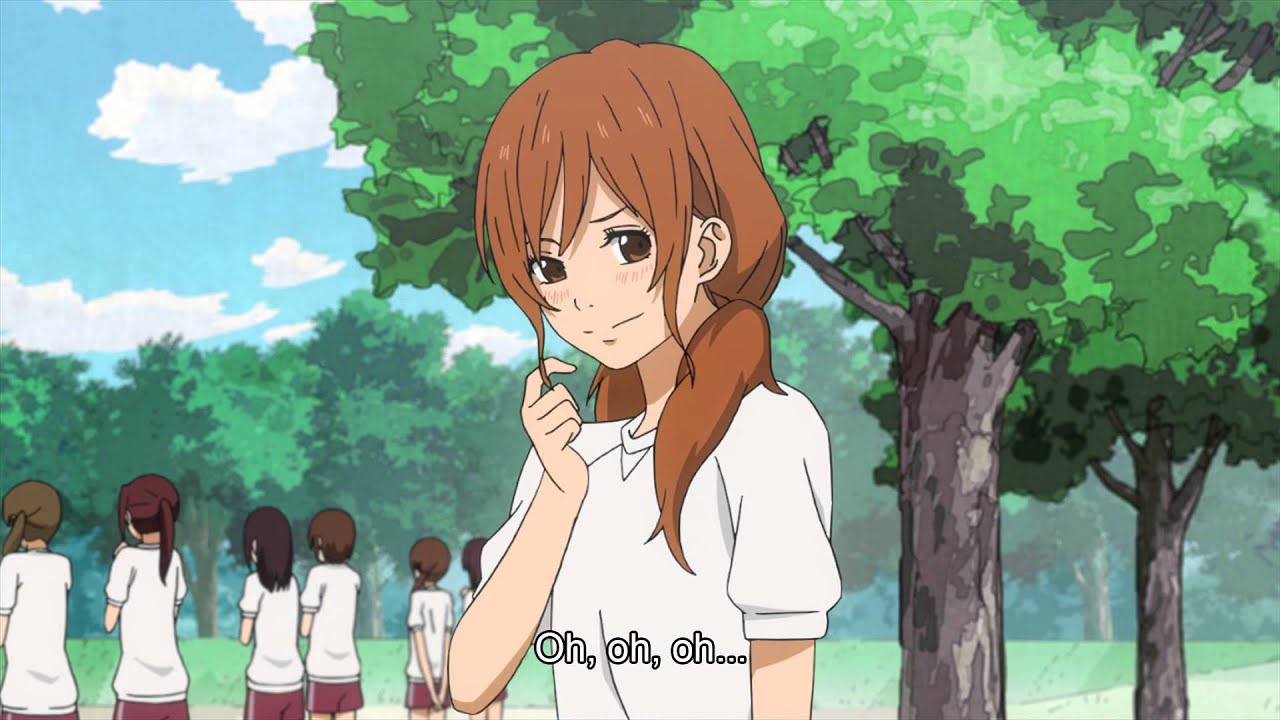